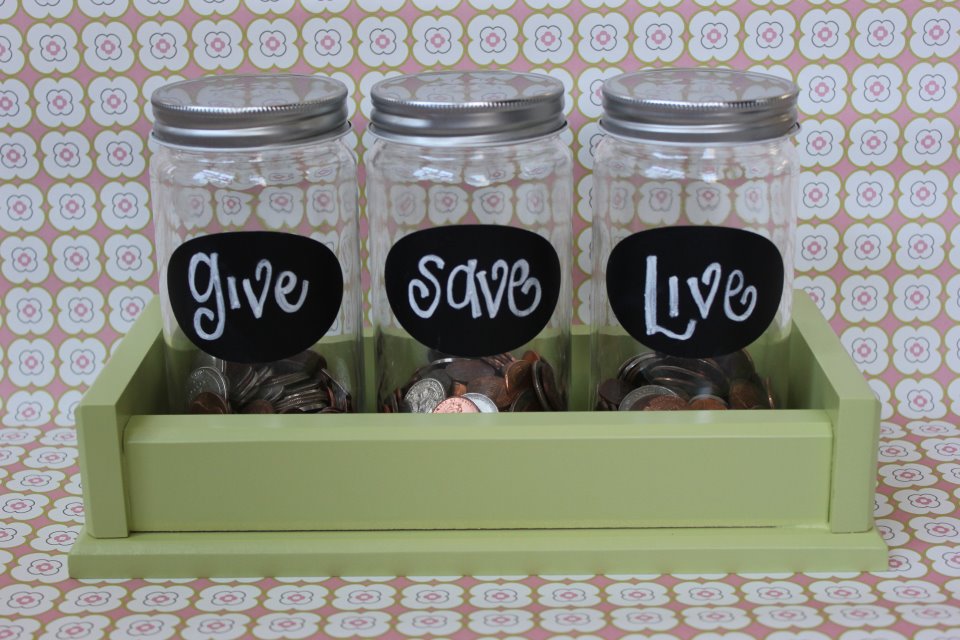 We began to give a weekly allowance to our boys when they were quite young.  They were allowed to use it as they wanted, but first they needed to save some, they needed to donate some, and then they could spend some.  We started with very small denominations.  $1.50 was easily divisible by three so 50 cents was saved, 50 cents was donated and 50 cents could be spent.  This denomination gradually increased over the years but our expectations for how they manage their money has never shifted.

This got me thinking about a classroom idea like this.  Each week you could bring in 4 quarters, two to be saved for an end of the year party (or a present for the classroom) and two to be put away for a donation from the classroom.  The children could decide where they want to donate the money after you introduce them to a couple of ideas.  It will be more meaningful to them if you choose charities that are either nearby (a local animal shelter) or something they understand (people who are hungry).  Keep it simple.  The children can vote for their choice and then help send off the money by decorating the donation letter.  It doesn’t matter that it may only add up to $10, the message is that “every little bit helps”.