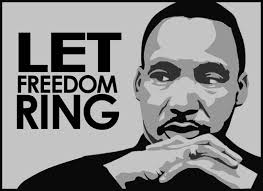 Here are some numbers, in the form of dates, times, and statistics to think about as you honor Dr. Martin Luther King’s life and legacy this year.

Age when he entered high school – 15

Age when he earned his PhD 25

Dollar amount given to Dr. King for receiving the Nobel Peace Prize – $54, 123

Number of African Americans named Time’s “Man of the Year” before Dr. King – 0

The number of participants in the March on Washington – over 250,000

Days after Dr. King’s Assassination that Congressman John Conyers introduced the bill to commemorate his life with a national holiday – 4

Years it took for the U.S. Congress to pass the bill – 15

Years it took all 50 states to recognize the holiday – 31

Number of Americans who have a national holiday commemorating them – 3 (Can you name them?)

The federally designated day we honor Dr. King – the 3rd Monday of January

Minutes it took to make the speech – 17

Number of times the word freedom appears in the speech – 20

Number of times the word dream appears in the speech – 11

Days of the Montgomery Bus Boycott- 385

Enjoy your day today.  Kiss your children.  Celebrate the life of a man who impacted the world in such a remarkable way.