In the last blog, I talked about the first step of our building project which was going on a neighborhood walk and sketching a building, concentrating on a specific detail such as number of windows, stairs or the kind of roof that the building had (pitched versus flat). Children had the opportunity to work with the teacher one on one and discuss these things giving them the opportunity to listen to math language being used by the teacher and being encouraged to use that same language to describe their work.

The second step of our project was to represent the building that was sketched and seen on our neighborhood walk. Children used table blocks to represent these buildings. Table blocks were chosen because we thought they would be easy to manipulate and were smaller than unit blocks so they would be able to represent what their vision was on a smaller scale. We encouraged children to talk about their sketch as they were building. When they were done we put the sketch next to their structures and children were able to point out specific details that they included in their sketch such as the number of bricks on the side of the building and the placement of windows, the height of the building with the placement of the windows and the arches located as a feature above the stairs of a building with the number of antennas on top of the roof. We were able to see the beginning of concepts such as quantity, height, the recognizing of other shapes and spatial awareness and we were excited! 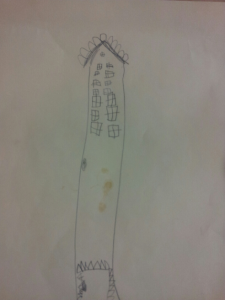 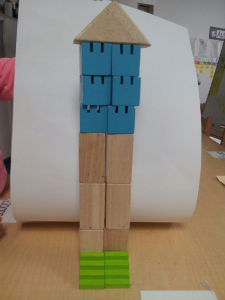 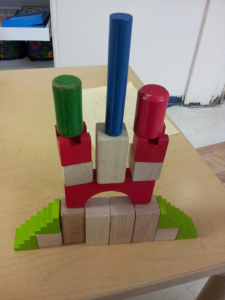 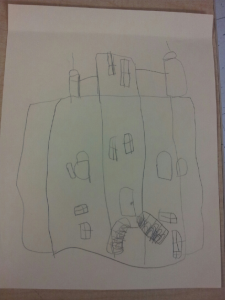 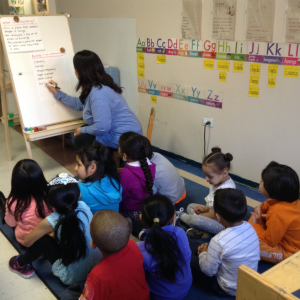 We made a list (grocery store, doctor’s office, library, restaurants) and went on a search for these buildings. Once we were outside and the buildings were spotted, children took pictures of them to take inside and discuss further. Once inside, children represented these buildings using Legos. While putting their structure together, children pointed out specific details of their building and were very eager to try to match their structure to the building that they chose. 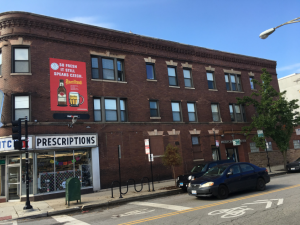 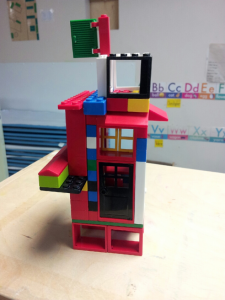 They were concentrating on the placement of things not just on the outside such as windows or doors, but the inside such as labeling the doctor’s office that was on the second floor of a building while the pharmacy was on the first floor of that same building. They were also labeling things such as the number of windows, concentrating on the size of the building and being aware that a corner building took over two blocks not just one. 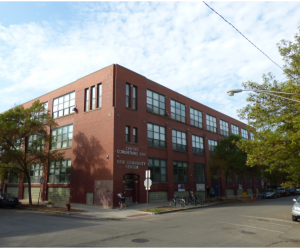 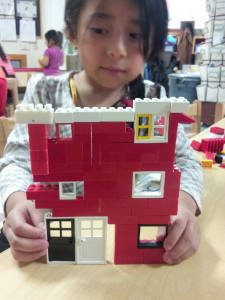 That same eagerness to match details from one “source” to the next continued on to the next step. After building with Legos, children sketched the same building in the neighborhood using colored pencils. I was very impressed with the work the children were doing. It was in this step that we started to see the creativity and the keen eye that each child had regarding their drawings and their structures. We started to see self-correction, two drawings of the same thing building but the focus was on completely different things, and even a three dimensionality that was staring to form within the children’s work. 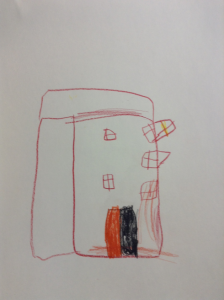 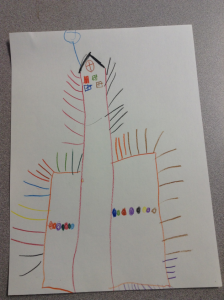 We also noticed the importance of choosing different materials to represent these buildings. Building with Legos was limiting in how the children could represent their building since they can only snap together in specific ways, but once they were able to draw using colored pencils, we saw the details that were omitted or simply not as obvious in the Lego structures.

We were very pleased with how the building project was going and how open the children were to work with the materials that were given to them for these specific activities. In the next blog, there will be a shift from children working with the buildings in a concrete manner to an abstract manner and using materials that will allow this.