In the last blog, I talked about children moving from representing buildings from the neighborhood to designing their own building, representing that building with unit blocks, and sketching a re-designed version of what they built with blocks. Once they were done with this process, we wanted them to take some time and reflect on what they had done. This led us to step eight of our buildings project.

Children had the opportunity to compare pictures of their unit block structures with their original and redesigned sketches. Children were able to observe and note any similarities and differences in their work. They were also able to recognize and recall their work by explaining their building process and talking about any difficulties that they had encountered and how they problem solved. 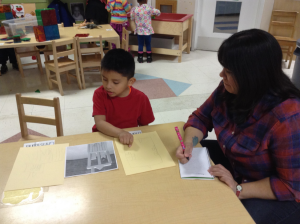 Some of these difficulties included not having enough square blocks to build the walls of a house, so rectangles were used instead. Another problem was not being able to balance specific blocks to build a pitched roof, so less blocks were used and the placement was modified to make it work. This was an intentional cognitively-focused reflection to set up children for the next step which was very open-ended in how a building is constructed. 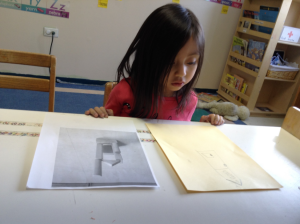 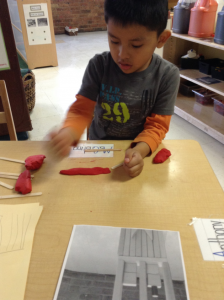 Since clay is very dense and heavy children started noticing that their structures were not staying in place. They would lean over, fall or simply not stick to the other materials as children had hoped. Another problem would be trying to bend the wire into something specific. The wire wasn’t able to give them sharp lines or edges and so windows were a little rounded. 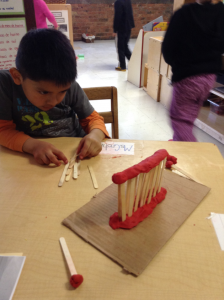 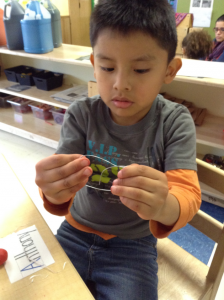 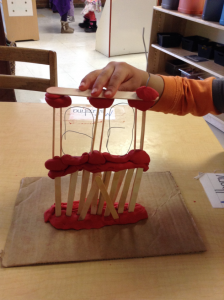 There was a lot of teacher guidance, questioning, reasoning and problem solving during this process. Even though children would get frustrated, they really wanted to keep building and put their structure together. If they needed help, they simply asked and I would help. If they didn’t, I just sat back and watched them build. 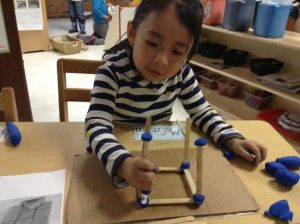 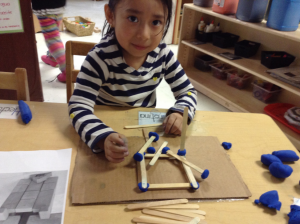 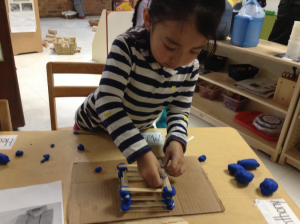 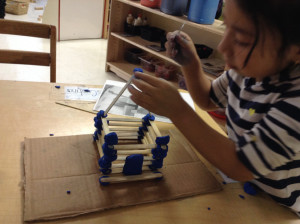 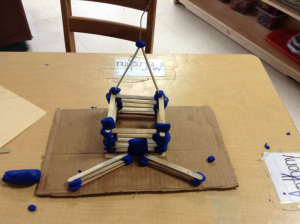 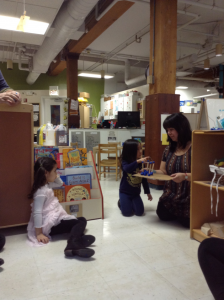 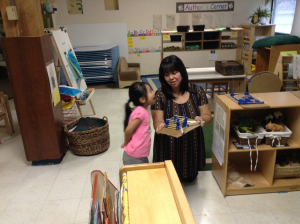 These children started off with little math language and by the end of the project they were including some kind of math vocabulary in each sentence they used to talk about their project. For example: “I put my block here” or “it goes there” to “This small triangle is going on top of the square and next to the bigger rectangle”.

I was very proud and impressed with the children and their growth. They did not give up and were motivated to participate in as many of the steps as possible. Of course, there were moments and parts of the project where some things were too complex for some students. For example, in step nine where children were building with mixed media, one child had difficulty building “up” in a three dimensional way. His project was flat and it almost looked like a blue print of a building instead of an actual structure. 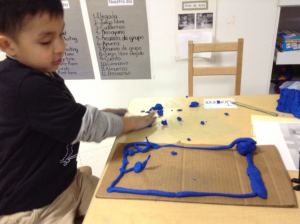 After giving clues, asking leading questions and watching the child start his project over a couple of times and still build in a “blue print” manner, I let him be and he presented his structure as it was. In his mind that’s what a building looked like and that was ok because it was his project and I did not want to interfere with his motivation to finish his project. 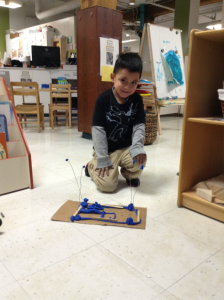 This project took a lot of time and work to put together and I was grateful for the support that I received to make it happen. I liked the way that it was organized because each step flowed into the next. The one thing that I would change for the next project is to make sure children have had the opportunity to work with all the materials before using them in a project so they are aware of their characteristics and know how to work with them. I’d also take pictures of their prior step with me to help with recalling information or to use to present to the class so children can get use to “presenting” aspect of the project.

One thing that definitely shined was the mutual respect for the project that helped create a bigger sense of community. Children felt comfortable being themselves and sharing their thoughts and ideas. Children interested in what they were doing and saw math concepts in the world around them. Math became part of a project, part of children’s interest and became the beginning of my own math appreciation. Because of this project, I look forward to incorporating math into all activities and projects. I also learned to trust children and give them credit to be able to participate and finish a long term project.