I’ve written about Legos several times over the past couple of years simply because they are one of my favorite children’s toys.  On Friday, I posted a special message from the Lego Company that was included in the first set of Legos sold in the early 70s.  This message just reaffirmed my adoration for these multifaceted building blocks.

Imagine my joy when I observed this child on Friday. 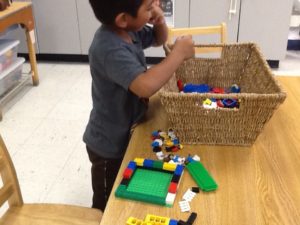 He was so busy playing with this basket of Legos.  He began with the base and systematically began sorting through the pieces to find the ones that would form the walls. 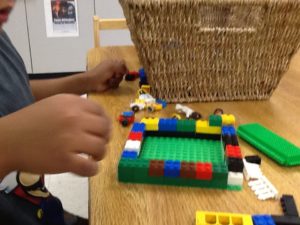 He built and built. 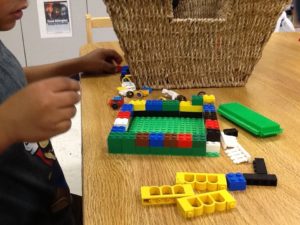 And the walls grew taller. 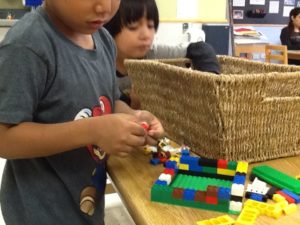 At first he told me that he was building a house and then it was the Target.  He had all sorts of ideas about what he needed to make it really big and super tall. He worked on his structure all through free play, which lasted well over an hour.  In that time he persevered, worked hard, planned and set goals, engaged with others, held meaningful conversations, and overcame obstacles.

Yep, Legos are cool and play is great.

4 Replies to “Legos and Play”