Play: Infants begin by using their eyes to explore toys and then begin to use their hands and mouths to explore. Their play is primarily shaking, banging and mouthing. At the end of this stage, they begin to look for dropped toys and may find a partially hidden object.

Communication: Young infants recognize their parents and familiar caregivers. They smile and laugh during playful interactions such as peek-a-boo. They make early cooing and babbling sounds.

Motor: When placed on their tummies, infants learn to hold up their heads and reach for toys. They begin to reach and grasp for objects, beginning with the caregivers’ clothes and hair and then moving on to toys and objects. At the end of this stage, many infants may help hold their own bottles and help bring the bottles to their mouths. They may also begin to take pureed food from a spoon.

Play: At the beginning of this stage, play is mostly shaking, banging and mouthing toys. By the end of this stage, infants begin to combine objects that go together in play. They reach for and hold two objects and may begin to reach for a third. Many infants will look for dropped toys and find partially and completely hidden toys. Many infants enjoy taking objects out of containers and putting them back in.

Communication: At this age, infants respond when their names are called. They may turn their heads, make eye contact and sometimes smile and vocalize. They may look for family members and pets when called by name. They may respond to simple requests made with gestures, such as: “Come here.” They may understand “No” or “Stop.” They may lift their arms to be picked up, clap hands and wave bye-bye. They love to shout and squeal and may be babbling with many different sounds. They may be participating in and sometimes initiating peek-a-boo.

Motor: During this stage, many infants begin to sit by themselves and play. They begin to move by rolling, crawling and cruising. They pick up toys by using a raking motion with their whole hand and, by the end of this stage, they are using their fingers and thumbs to pick up small objects. They may feed themselves small bits of food.

Spoon Feeding: Prepare two small bowls with DIFFERENT foods (e.g., pears and sweet potatoes). Offer the infant two spoonfuls of pears. With the first spoonful, say: “Pears.” With the second spoonful, say: “Pears, SAME.” Offer the infant a spoonful of sweet potatoes and say: “Sweet potatoes, DIFFERENT.” Continue offering the infant spoonfuls of food, sometimes the SAME twice in a row and sometimes alternating, saying the name of the food with each spoonful and stating whether it is the “SAME” as or “DIFFERENT” from the previous spoonful.

Play: At the beginning of this stage, many infants are imitating the use of everyday objects such as cups and spoons. This moves into early pretend play, when the infant may feed you or pretend to drink from a cup or eat off of an empty spoon. They also are great imitators and may enjoy imitating daily activities. They may enjoy putting multiple objects into containers and systematically searching for hidden toys and objects. Many infants will pat pictures in books and sometimes vocalize while looking at books. 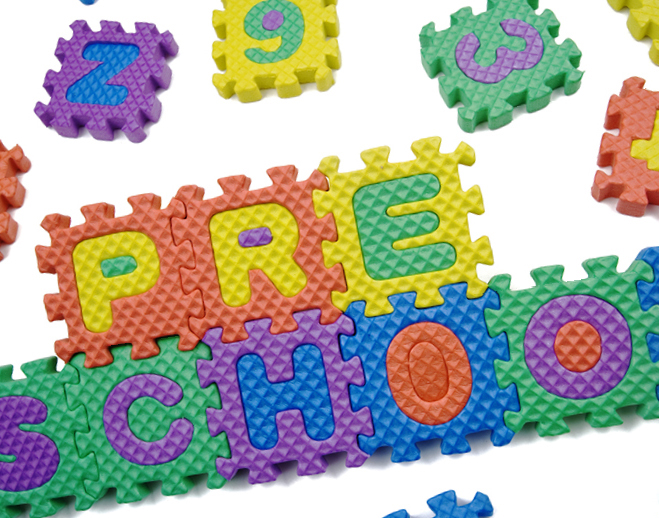 Reflections on this lesson

How might you teach the math lesson SAME and DIFFERENT during other daily activities and routines?

What books do you have in your child care setting that reinforce the math concept of SAME and DIFFERENT?

What songs or finger plays do you typically use in your child care setting that reinforce the math concept of SAME and DIFFERENT?

Download this editable Word document and then email the document to your day care families or send it home with the children.