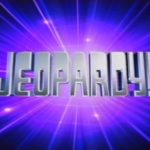 Recently, I visited 2 Chicago Public Schools, one on the north side and one near Wicker Park and I have got to say, Math is alive and well in CPS.

When I arrived at Mr. G’s 4th grade classroom, the children were on the edge of their seats.  They were clearly divided into 3 equal groups (about 10 children in each group) and on the screen in front of them, was a full-scale Jeopardy Game projected for all to see. Each team had a name, obviously chosen by the children themselves (imagine the Anonymous Velociraptors??) and there was a buzzer system that allowed the children to buzz in with their answers.

Looking closer at the category titles,I discovered that they were all math related.  There was “Name that Polygon,” “M=4,” “Math-er Goose,” “Quadrants,” etc.  I can’t remember them all now, but they were pretty fabulous. This was the children’s first attempt at playing Jeopardy, but by the time I arrived they had mastered the art of answering “in the form of a question.”

When I tell you that all 30 children were deeply engaged in the activity and that every child was on task the entire time I was there, I am not exaggerating.  These kids were completely invested in the game, in supporting their teammates, and in respecting the adults and their expectations of behavior in the room. They cheered for one another, high-fived when they got the answer correct, and said things like, “that’s OK,” when someone got the answer wrong.  They took turns, never yelled out the answers, and didn’t even put up a fuss when it was clear that one of the buzzers was on the fritz, which created a disadvantage for that team.

I know that 4th graders are significantly older than most of the children you care for, however, engagement looks the same for all age groups.  The activity was meaningful, the children were invested in it, the teacher had clear expectations and structures for the group, the children felt supported and respected, and more than anything else, it was FUN.