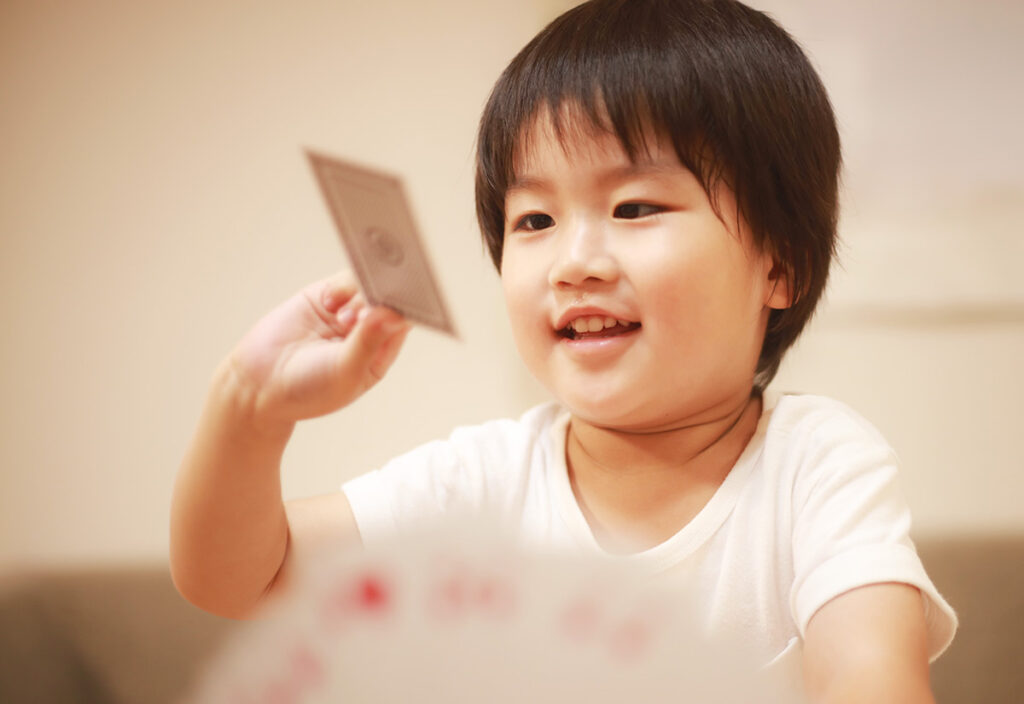 Remember playing War as a child? It’s simple and fun and it teaches young children how to win and lose without a lot of drama.

I love playing cards with young children because that little deck helps foster the development of early math and social-emotional skills in a big way.

When I play War with very young children, I often pull out the face cards and any card higher than a six. Depending on the ages and developmental levels of my students, I may even pull out the aces because it’s too difficult for young children to associate the letter “A” with the number “1.”

Start by dealing the cards evenly between all of the players, stacking the cards face down in front of each child.

No peeking allowed!  On the count of three, each player will flip the top card over into the center of the table, face up. 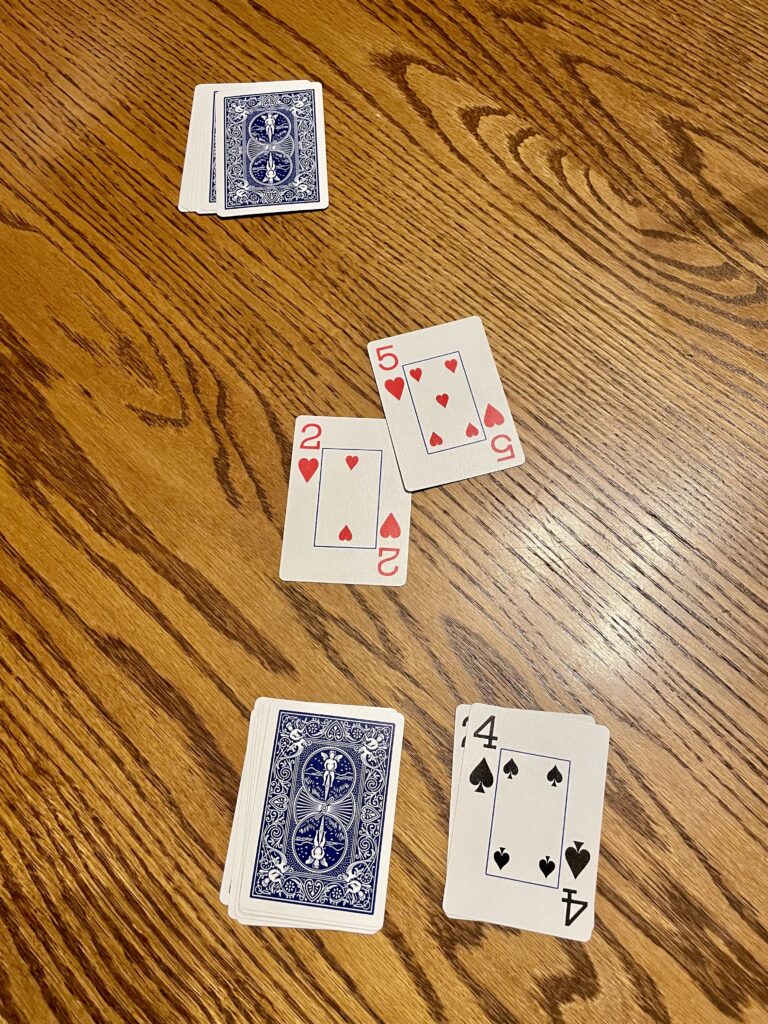 A chorus of young voices chants in rhythm as our game continues. 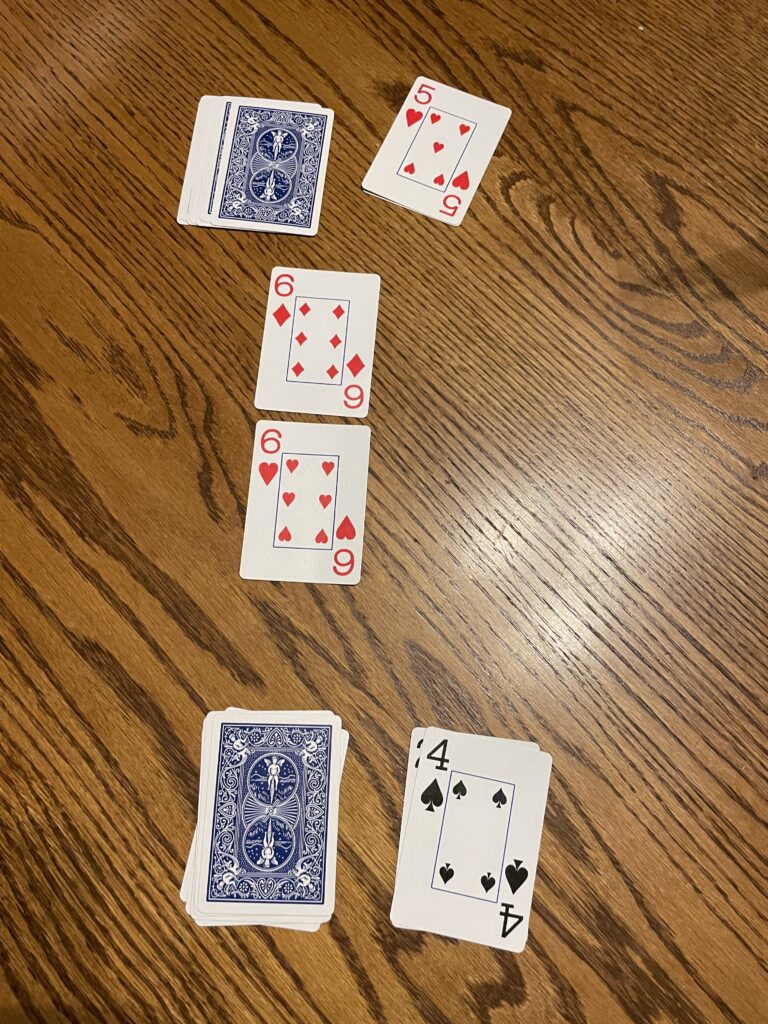 When there’s a tie between the two highest players, you have a “duel.”

To play a duel, the two players each place three cards in the middle of the table, face down. Then they each lay down another card (the fifth card for this round). This card should be facing up. The highest card wins, and the winner takes all of the cards from this round and adds them to a new stack. 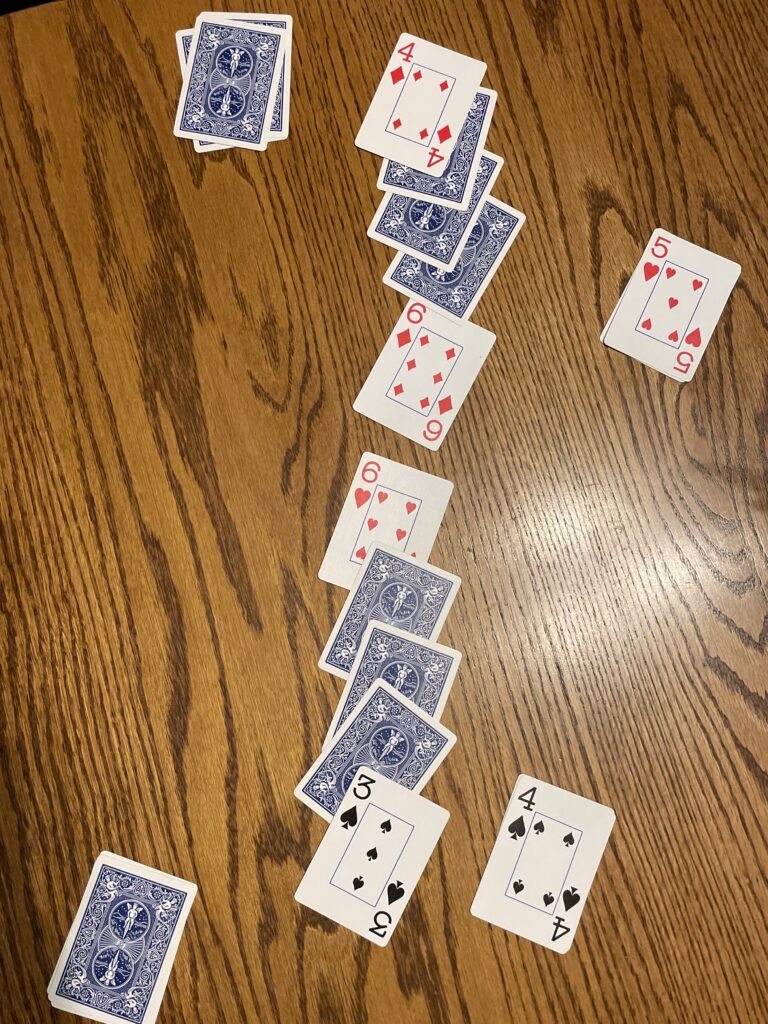 I watch as a four and a three get turned over by the players in the duel.

“Ah, you won all those cards!” says the child with the losing hand. “Lucky you!”

When children are playing cards, this is a great time to observe their number sense. Can they identify the numbers by name? Can they determine which number is higher? Can they follow the rules?  When the cards match, can they count out the three additional cards that they will need for a duel?

Play until your main stack is gone and then count up how many cards the players have in their stacks of “won” cards. The player with the most cards wins. Once the children have mastered the cards through the number six, I will add the sevens and eights back into the deck. Later, I will add in the nines and the tens.

Many children will be able to play a full game of War by the time they reach kindergarten—face cards included. Keeping it simple in the beginning is a great way to assess your students’ number recognition skills and value development. 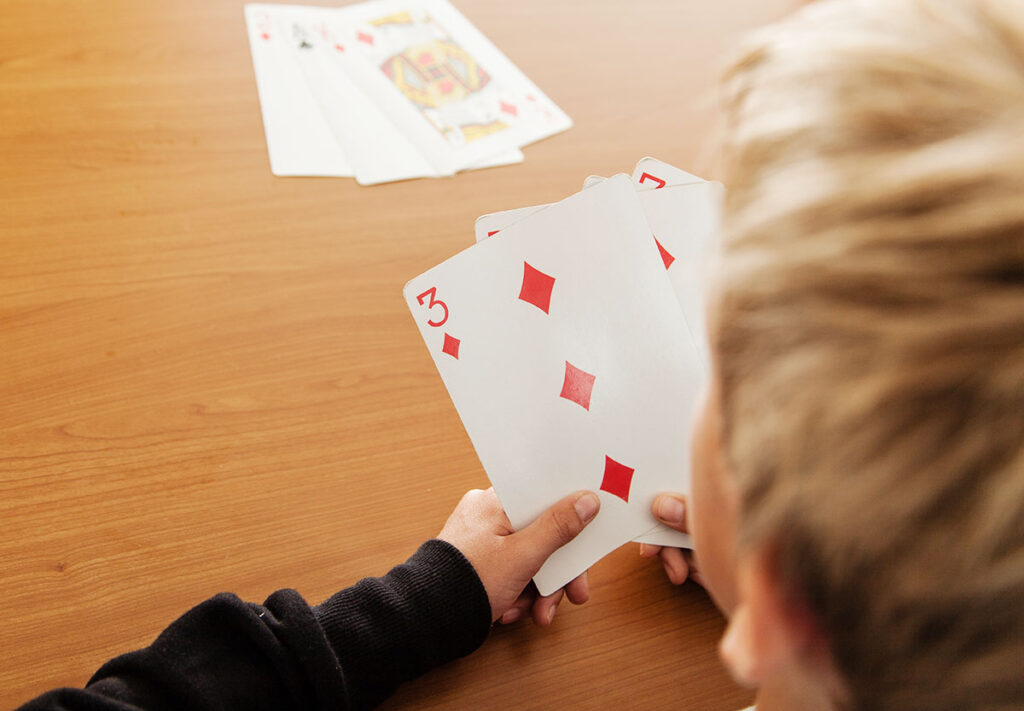 As children play this deceptively simple game, they are developing their number-recognition skills and beginning to grasp concepts such as number value, greater than and less than.

They are also learning important life skills such as how to follow rules, take turns and take their turns quickly without making the other players wait too long. That’s a lot of learning for a game that fits in your pocket!

We also want to teach children how to win and lose graciously. I love playing War because it’s a game of chance and everyone has an equal chance of winning. Because each round has a winner, we are practicing the win/lose concept over and over again in rapid succession. There isn’t time for the winners to jump up and do a victory dance or the losers to break down and get weepy. The same child will not win every round, which gives every child many opportunities to practice good sportsmanship.

There’s a reason that children have enjoyed playing War for generations. It’s fast and fun and a bit addictive. So grab a deck or two, play a few rounds with your early learners and call it your math curriculum for the week. You’ll be teaching invaluable life lessons along with those early math skills!

3 Replies to “More Than a Card Game”