Last week I was visiting a student at her center so I could observe an activity that she planned.  While observing my student at one table with several children, a 3 or 4-year-old girl was very busy at the table behind me, organizing and sorting, and lining up all sorts of small math counters.  It was great to watch my student, but I was equally mesmerized by this other child. 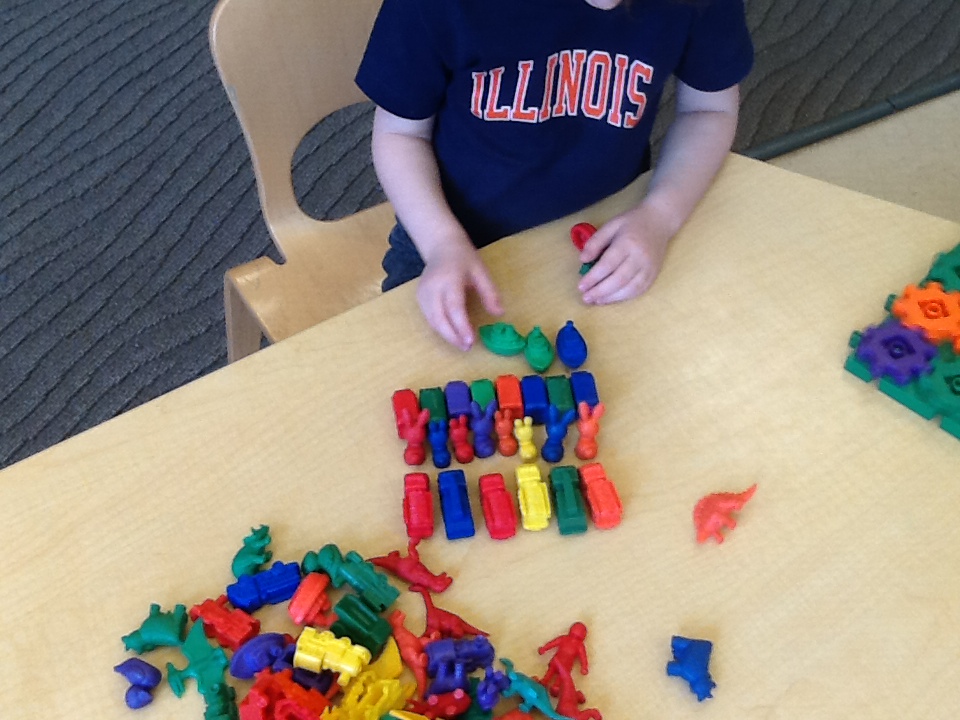 She had gathered up all of the math counters and put them out on her table.  She then began lining them up.  She began with 6 trucks and then lined up 6 bunny rabbits next to them.  She told me that each bunny needed their own truck.

If you look carefully at the photo above, you can see that there are mor bunnies than trucks.  Why, you might ask.  Well, the bunnies take up less space than the trucks, so even though there are more, if counted, the space they occupy is the same as that of the truck’s.

Her intent was to have each bunny with their own truck.  In her mind, she accomplished this. Next, she added a car for each bunny.  The cars and the bunnies are almost exactly the same size, so her ability to arrange them in a one-to-one pattern was more successful, because she didn’t have to consider the size differences. 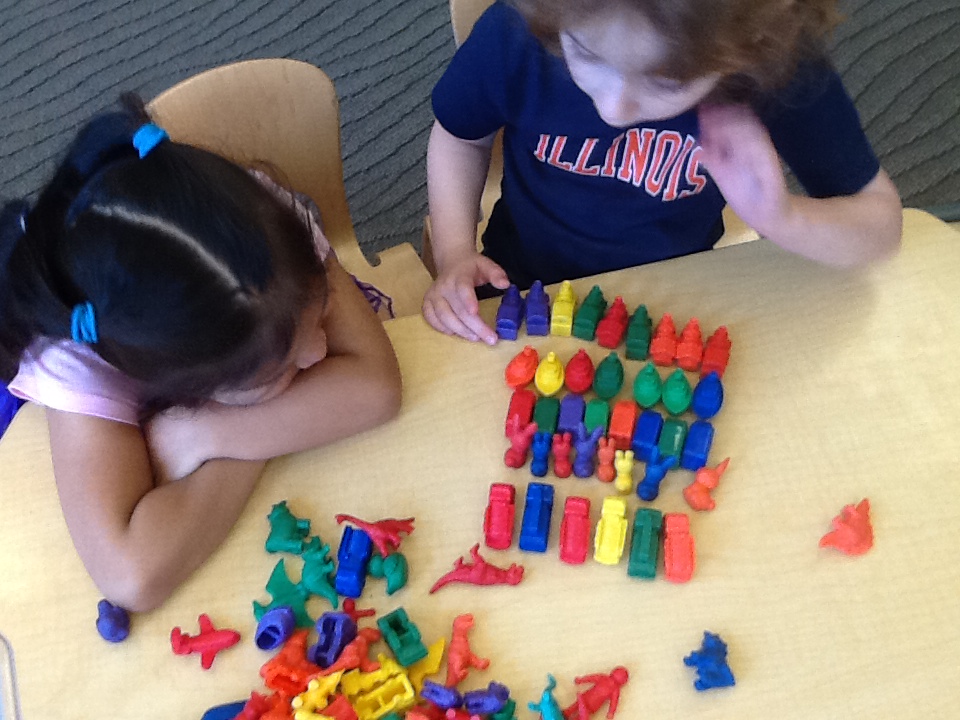 Eventually, her friend came over and had many ideas about the activity.  She suggested they add more figures and was pretty geared up about having dinosaurs join the party. The first girl was determined to make more lines of figures and wasn’t quite ready for the dinosaurs.  So after the cars, she lined up the boats. Here, you can see that the boats are a little bit wider, so she only needs 7 boats to match the space requirements of 8 cars. Next came the train engines 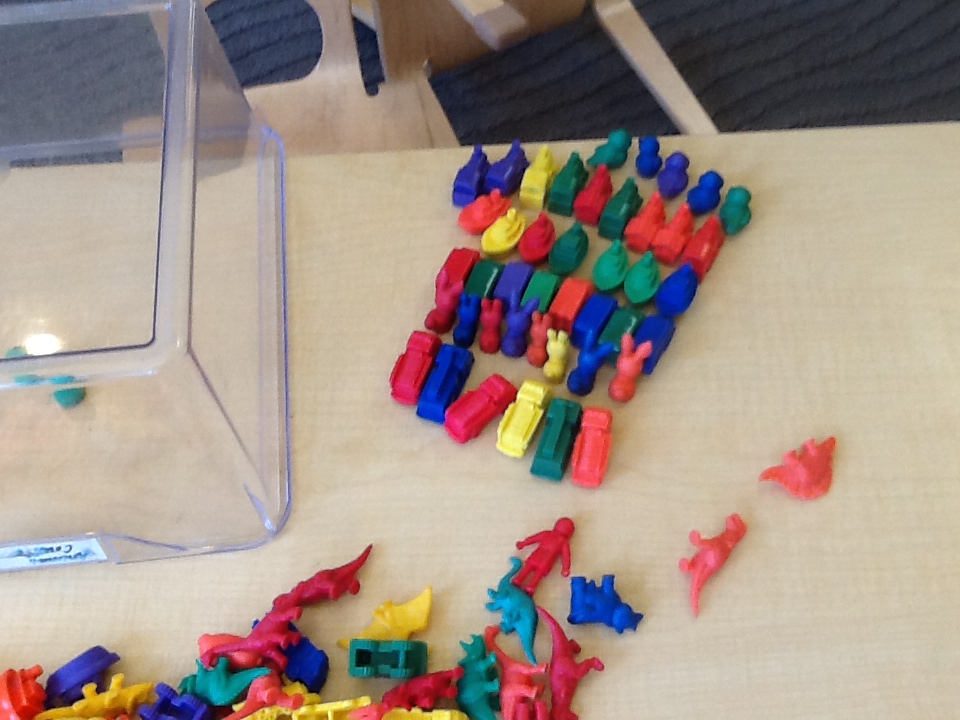 and finally the ducks.  She ran out of room on the table, and simply walked away.  She was done when the space was done.  Fascinating.