One of the first learning experiences I recall as a student teacher in a Boston Public School pre-k was on the subject of classroom design and organization. Our room was especially small and we shared it with 16 three and four-year olds. “Order” was not only a math concept we wanted to explore with the children, but also a necessity in terms of keeping the materials organized for both children and teachers working together in that space on a daily basis.

The head teacher had begun the school year by sorting, according to habitat, all of the plastic animals used for imaginative play: oceans, jungle, forest, etc. Taped to the open bin in which they were stored (on shelves at the child’s height) was a photo of a few of those animals together with the written word of its habitat. Categorizing helped the children identify where both to find the items s/he was seeking and also return the items at clean-up. This is a system I have used not only in my classrooms, but also to an extent in my home. Using uniform, clear boxes with lids (so they can be stacked if needed) for the storage of ALL playthings and classroom supplies is ideal. This way, everyone can see what is inside. On the container you can adhere the laminated photograph. Alternatively, I’ve used wide packing tape over the entire width and length of the photo, which works beautifully. 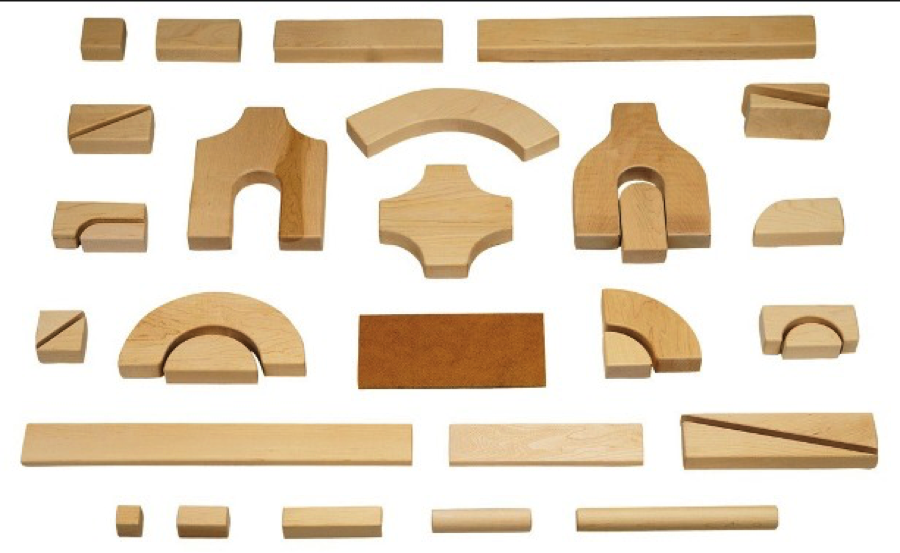 The blocks area was another place in need of an organization system so the many various shapes (½ unit, unit, double unit, quad unit, pillar, ½ circle, ¼ circle, pillar, roman arch, triangle, arch, circle curve, crossing, y-switch, elliptical curve) could be quickly found and put away with relative ease. We cut out from colored contact paper a template of each shape and adhered them on the area of the shelves where children would stack the matching blocks.

Having a system in place for children’s personal belongings also helps everyone keep track of items. Individual and personalized hooks and/or cubbies where children hang their backpacks and jackets on a daily basis is preferred so that children can come to expect where to find their items from home. We alphabetized the names along the row of hooks, and below each name was a different color swatch. The color swatch (used from hardware store paint swatches) helped children who were not yet identifying their names, or first letter of their name, to recognize their hook.

Sorting classroom items by attribute (markers/pencils/crayons; red/orange/yellow; cars/trains/trucks) is an early math concept which is relevant to a child’s world. Identifying and naming shapes increases match vocabulary. To take it a little further, managing to identify attributes of objects, and then placing them where they belong, empowers kids to help maintain and respect their environment, keeps items organized for the community and is visually calming.

5 Replies to “Order in the Classroom”