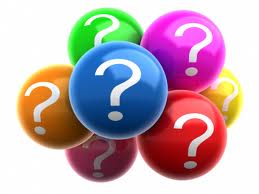 But what is an Amerpsand? You know it when you see it but you may not know that it is called an ampersand.  It is the sign that means “and” and it commonly looks like this – &.  There are strange and historical explanations to its usage and its name, but it is primarily used to indicate a the conjunction “and.”  Sometimes, a plus (+) sign is used in place of and as well, but more often than not, that is only in the case of enjoining items that are numerical in nature.

Back in the day, we called the hashtag a number sign.  If you saw this – #14 – you said to yourself, “Number 14.”  Now, that same small phrase translates as “Hashtag 14.”  This change has only come about since techies began using the hash sign as a way of highlighting something significant in computer language.  Small children may recognize the # sign as a Tic-Tac-Toe grid or symbol as well.  In the coming years, we may even hear our youngest children saying things like,

“I don’t want to take a bath. #unfairmommy.”

I hope not, but stranger things have happened.

I was then reminded that children also know this symbol as “pound.”  When I asked my kids how they knew that the hashtag is also called a pound sign, they reminded me that we are often asked to press the pound sign on the telephone.  I.e., “When you have finished listening to this message, press the pound sign to hang up.”

The exclamation point (!) s also (over)used at the end of a complete sentence to replace a period and signifies excitement, comparative emphasis, or even heightened volume.

I like the idea of introducing these interesting symbols to children as they will most likely encounter them and begin to wonder about them anyway.  However, until children are able to identify letters and numbers as symbols, they won’t be able to differentiate between any of these marks.  I encourage you to use these (and others) when you model writing with children.  If you write a question – be sure to put the question mark at the end and explain that it means that those words ask a question.  Put an exclamation mark at the end of a sentence that is exciting and then tell the children when you write that symbol, it tells us that those words are special and we should be excited about them.  Make posters with Hashtags on them and open a cafe in your housekeeping corner called “Guys & Gals” Diner.  There are all sorts of ways you can introduce these symbols to the children in your care.