Balances are weighing machines- machines that weigh objects.  Children can explore all sorts of “weighing machines” in the early childhood classroom if we simply make those machines available to them.

I’ve already written about using a classroom balance that encourages children to weigh objects “relatively” to a standard weight or “relatively” to another object.  Through trial and error, they can see if an object is lighter or heavier than another object and then adjust the balance until they make it the same.

In supermarkets, there are large scales for weighing fruits and vegetables.  When items are placed in the basket underneath, the dial moves and the weight can be read. 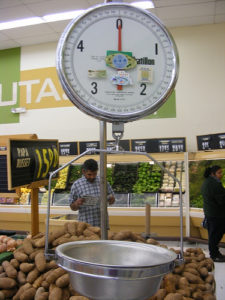 They also have scales that weigh items on top.  These can be digital or analog.

Bathroom scales weigh people as do scales at the doctor’s office.  These can look very different but they do exactly the same job. 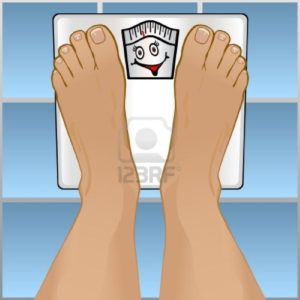 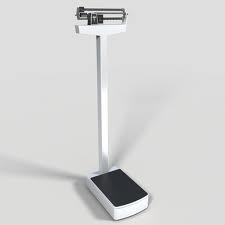 I think it would be really interesting to have several scales available simultaneously for children to explore.  I know that most of us don’t have access to some of these machines, but keep your eyes open at garage sales, on Craig’s list, or in the newspaper.  We have an antique doctor’s scale on our back deck that we inherited from a friend.  Not only is it beautiful, but it still works.