While visiting a student a couple of weeks ago, I watched a whole lot of cool snow-themed activities designed for toddlers. The teachers created a winter wonderland of sorts, with giant ice cubes frozen with small items inside, a hot cocoa station, a dress-up and dancing area with the music from “Frozen” playing so the children could dance and sing to their hearts’ content.

They also created this snowman building activity which was perfect for toddlers. 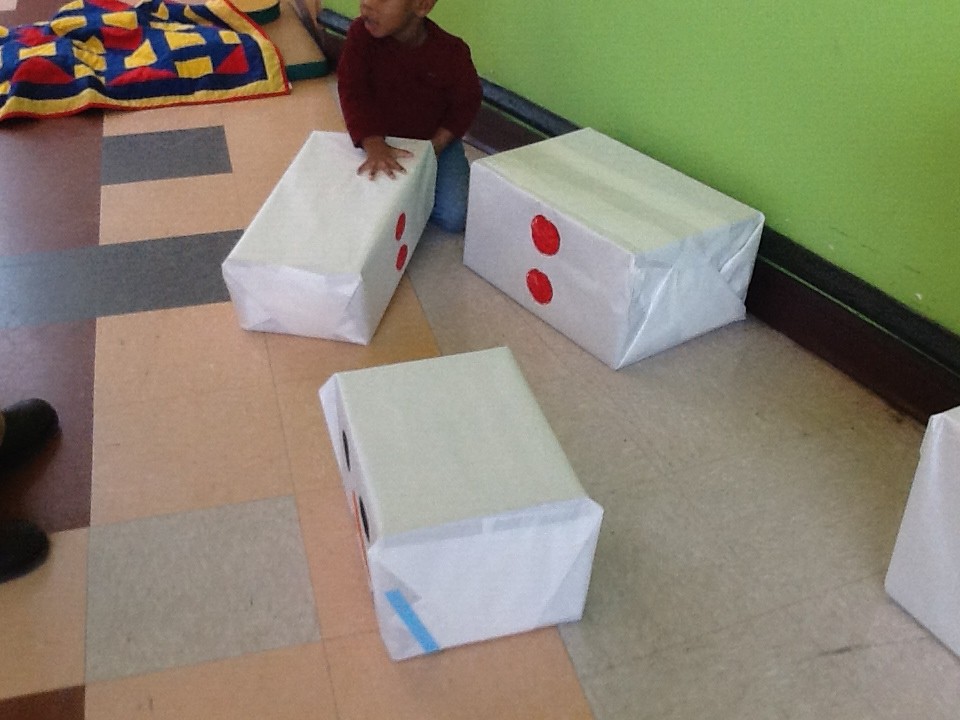 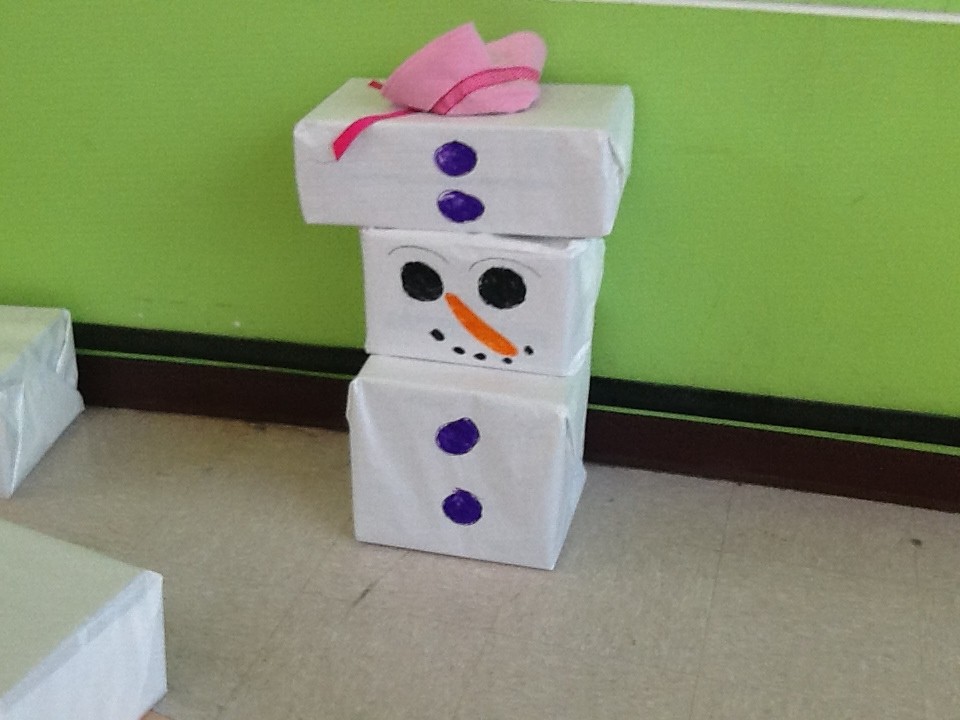 The boxes were sized so they could be stacked.  They had clues on them to help the children figure out which one was the head, and which was the body.  The addition of the hats to put on top was genius. Not only was this a really well-designed but it was also supported very effectively by the teachers.

One teacher, while helping build a snowperson, “self-talked” throughout.  She said things like, “Oooh, I think I will put the biggest box on the bottom and the one with the nose on the top, so it can be the head.  The middle-sized box can go in the middle, for the snowperson’s middle.”  Self-talk is a useful strategy when working with preverbal children and “just beginning to talk” toddlers.  They have the understandings of the words but may not be able to produce them yet.  This strategy encourages critical thinking by expressing the concept of “planning” and then “execution” with the children.

Many of the toddlers I observed were able to stack the boxes and most could figure out that the box with the face went on top.  The 2 bottom boxes were confusing since the only clue to their order was their size.  However, their sizes were not extreme enough to be really visible and the boxes were slightly different shapes, which can also lead to confusion.

If I were to recreate this activity, I would choose three boxes of differing sizes but of the same shape.  I would make sure that they were distinctly different sizes so the measurable quantity could be seen to a toddler.  I would also add one more visual clue to each box.  I might put feet on the bottom box and buttons only on the middle box.  You could choose your own clues, but be sure to include them so the children have enough information to build successfully.