Subitizing is one of those words that nobody has ever heard of, even teachers of young children and mathematicians.  However, readers of the Early Math Counts blog will now know it and teach it to others, because it is a very important early math skill and we should be very deliberate in teaching it.

Remember when you learned about “sight words” and how children learn them?  There is a school of thought that says that sight words are memorized when children take a mental snapshot of the entire word, using context clues, and learn the word as a “whole” rather than a series of letters. Consider how children learn the word EXIT or the word STOP.  Both of these words appear in the same way, on signs above doors and on big, red, octagonal signs on street corners.  They are nearly always in the same print and they are nearly always in the same color.  All of those clues help children take a picture of the word, and learn the picture, often before learning the individual letters that make up that word.

It is the ability to look at a group of objects and know “how many” there are without counting them.  You do this every time you roll a set of dice.  You know what 5 looks like on the side of the die, and you do not have to count the pips to be sure.  When you see a carton that holds eggs, you don’t count each space to see how many there are.  You know that there are 12 because you subitize the quantity. 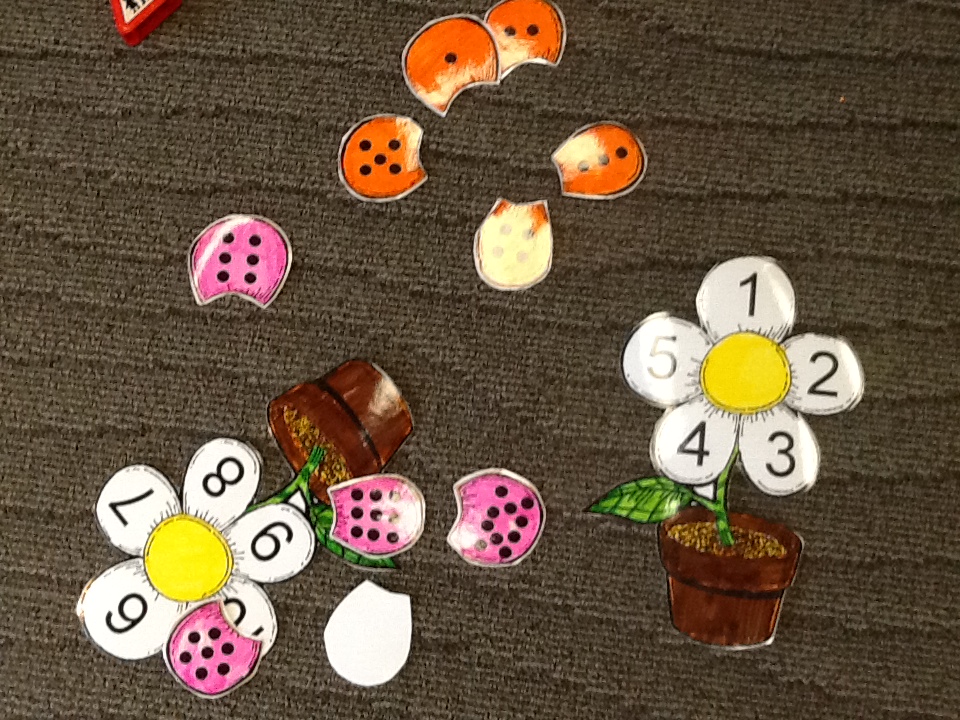 The other day I was in a center and the teacher was playing this game with the children.  They were choosing a petal and then trying to place the petal on the correct number without counting the dots.  You can see above that the dots that are organized in a logical manner in rows, or in recognizable patterns like those on dice, are easy to recognize. There were petals that also had random dots which were much harder to subitize for the children.

How do you teach subitizing to your children?