When older children and adults perform chores such as doing laundry or putting away dishes, they may not even realize they are making decisions about how to classify objects into categories—washing the white clothes together and putting the plates together on a shelf.  Young children can begin to see how objects can be sorted into categories with the help of several children’s literature books.

Young children naturally sort objects by color.  Have a variety of books available that introduce colors and show objects of a particular color so children can make associations with the object and the color.  A fun book that can be used to explore colors is The Color Box (Dodds, 1992), in which a monkey named Alexander crawls into a box to discover a world where everything is black, then another where everything is white, then yellow, and so on until he ends up back in his world where there are objects of every different color.  Then provide groups of objects that can only be sorted by color such as Unifix cubes or square tiles.  Once children have sorted these objects by color, they can count the number of cubes or tiles in each group and compare them—which group has the most?  Are there more red cubes or more orange cubes? Then make several types of objects available for children to sort by color such as beads, tiles, cubes and blocks. 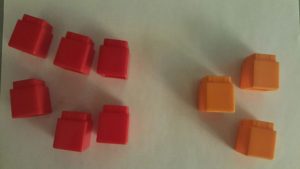 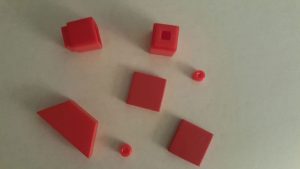 After children have had several experiences sorting objects by color, they can begin to explore other attributes.  In the book, The Button Box (Reid, 1990), a boy visits his grandma and finds a box with hundreds of buttons inside.  He sorts them into categories such as buttons covered with cloth, sparkly buttons, metal buttons and buttons from uniforms.  He also lines them up based on size and color.  At the end of the story, the boy and his grandma close their eyes and each choose a button from the box.  Then they look at them and talk about all of the ways the two buttons are alike and the ways they are different.  Follow up the story with a game similar to the one in the story, by comparing two buttons or other toys that have similar attributes such as two dolls or two cars.

Another book that can be used for classification of objects is How Many Snails? A Counting Book (Giganti, 1988).  On each page there are illustrations of one type of object but they vary by size, color or design.  On the first page there are eight clouds for children to count.  Then there are more questions to answer, “How many clouds were big and fluffy?  How many clouds were big and fluffy and gray?”  Children can use their toys to count, sort and answer questions such as, “How many frogs?  How many frogs are yellow?  How many frogs are yellow with a green stripe?”  Incorporate science by introducing various types of insects and asking children to tell you how they can sort them—by putting all of the insects that are the same color together or by putting the insects with wings in a group. 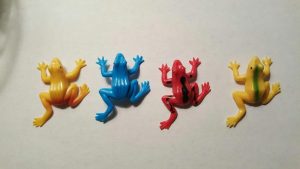 When children sort and classify objects into groups, they are building a foundation for graphing and data collection. 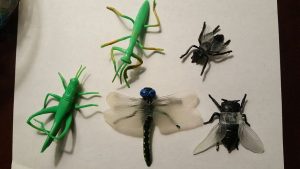 They can create unique ways of sorting objects into groups and once they know how to put objects into categories, they can help with all of those chores!