Young children naturally begin to create patterns with objects such as Unifix cubes or colored tiles, even if they do not realize what they’ve created is called a pattern. A child’s early knowledge of color or shape patterns can lead to later recognition of more complex patterns in large numbers and within the four operations.

A book that can be used to introduce young children to patterns in the environment is the book Math Counts: Pattern (Pluckrose, 1995).  The book contains photographs of patterns found in nature such as on leaves, flowers and insects.  The book also shows patterns found in familiar objects such as on a car tire, the sole of a shoe and wallpaper.  Encourage children to draw or photograph their own pattern discoveries such as on clothing, jewelry or furniture 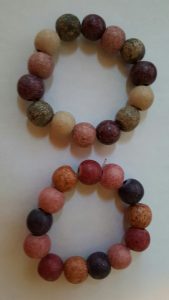 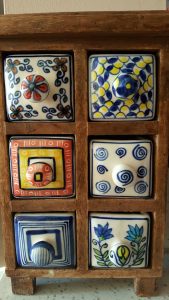 Another book that can be used to introduce patterns is Rooster’s Off to See the World (Carle, 1972).  In the story, one rooster decides to travel and meets two cats, three frogs, four turtles and lastly, five fish.  As he meets each set of animals, pictures of the animals are displayed in the upper corner of the right page.  Children can see the growing pattern of animals from one rooster up through five fish.  Eventually, all of the animals disappear, starting with the five fish.  The pictures of the animals appear in the upper corner of the left page and gradually disappear until only a picture of one rooster is there.  Children can see another pattern as the number of animals decreases from five down to one again.

Set up activities following this book such as displaying familiar object to create an AB pattern (using only two different elements in the pattern) for a child to continue.  Start with color patterns and say the colors aloud as you display each one, “Red, blue, red, blue.…”  After several examples of color patterns, use toys and say the name of the objects as you display each one, “plate, spoon, plate, spoon….” 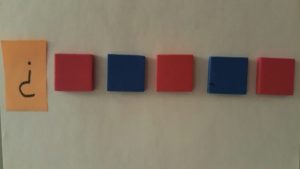 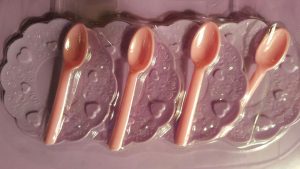 Once children have practiced recognizing and repeating patterns with cubes, blocks, toys and familiar objects, they can begin to listen for patterns in songs, stories and nursery rhymes.  A book that can be used as an example of a pattern set within a story structure is The Napping House (Wood, 1984).  It’s a rainy day and everyone is napping in the house, including a snoring granny.  But then the granny is joined by a dreaming child, followed by a dozing dog, then a snoozing cat, a slumbering mouse, and a wakeful flea.  Each of these nappers pile on the bed with granny one by one, and are introduced on each page, one by one, adding to the words from the previous page:  “And on that granny there is a child…and on that child there is a dog…and on that dog there is a cat….”

Encourage young children to listen for patterns when you read stories or to look for patterns in photographs and illustrations in books, on posters and other media.  Recognizing patterns sets the foundation for algebraic thinking—analyzing patterns, relationships and change throughout the study of mathematics.