In 2016, I had the honor of being an Early Career Fellow for the Fred Rogers Center.  In this role, my charge was to develop a concept for an application that brought art, communication, and language together.  This open-ended application invites children of many ages to create stories independently or collaboratively without having to have their co-creator sitting next to them.  Once a child creates an illustration, they can record a narration and send it to a buddy.  Their buddy receives the illustration, listens to the narration and then can make any changes they want to the illustration as well as their own narration and send it back (up to ten exchanges). Take a look at this video for a quick tutorial:

This application is currently available for iPad only.  There is an update in progress which includes adding the color brown to the crayon selections. Price: Free

One of most popular opponent views to technology in early childhood is that is isolates children from other children and valuable social experiences.  One of my goals with this application was to an experience where children can be creative together without having to be sitting next to each other.  Soon after this application was released I was overjoyed to see my 3-year-old daughter Lydia co-creating a scene with her cousin Jaelyn who lives in Appleton, WI. Their scene included all sorts of items, similar to an I Spy scene.  Jaelyn’s challenge to Lydia was to find 4 apples that she added to her illustration.  Lydia was then to circle those apples.  From there is turned into finding other characters that were added. 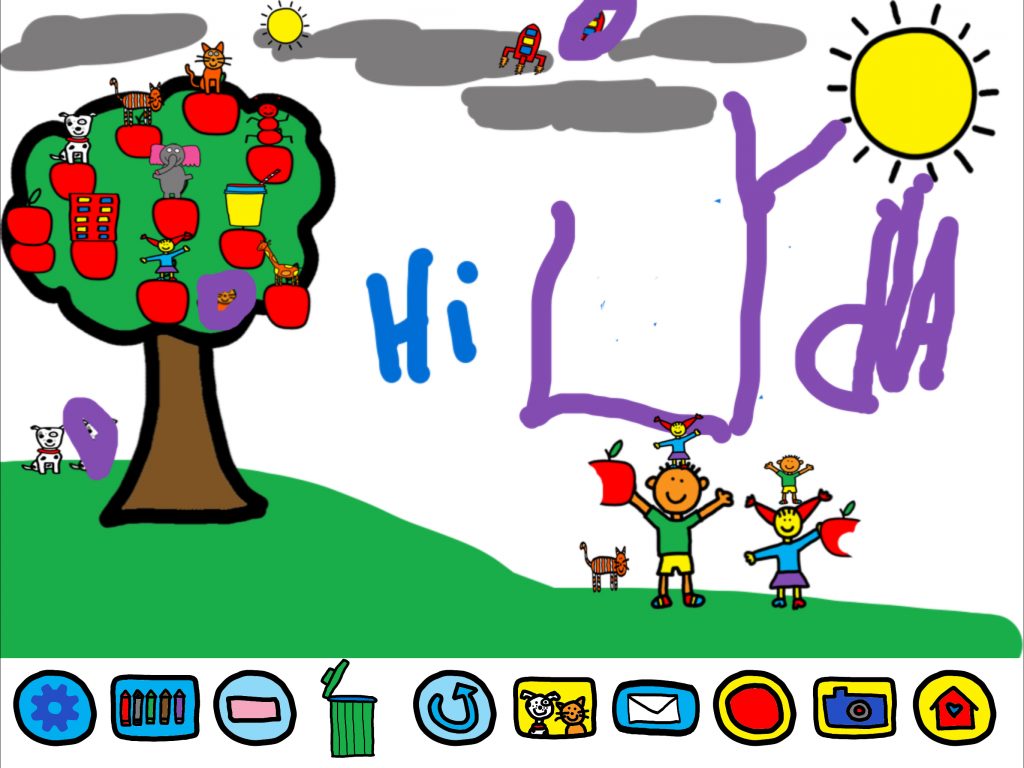 In this experience Lydia was able to meaningful engage with her cousin in a both creative and mathematical experience.  If we were to pull apart the skills exercised here, Jaelyn, who was five years old at the time had to come up with the challenge, identifying the specific number of items she chose, and then strategically place them in the illustration.  Lydia then had find those items and keep track of how many she had found as she observed the illustration.  Lydia then made an attempt to add her own items and assign Jaelyn the task of finding the items Lydia added.

In supporting children creating their own Number Challenges in ChromaKids, consider this approach to creating a plan:

You will be amazed to see what children can come up with.  Don’t forget to join in on the fun in creating these challenges!